​"HELL IS OTHER PEOPLE" 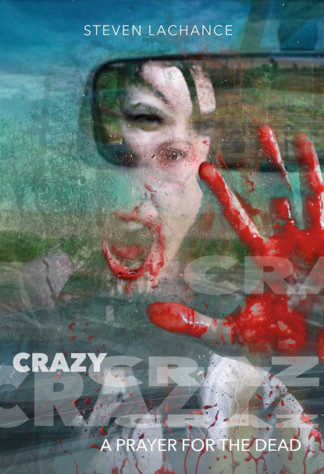 A PRAYER FOR THE DEAD

"It effected me for weeks after

reading it. One of the scariest and

most disturbing stories I ever read."

​In 2010, I wrote a short story inspired by an investigation I led to a haunted truck stop on Old Route 66, which I later included in a book of short stories based upon some of my cases. That truck stop story has always called to me to do a long book form version and work to get it made into film.

About.com called the short story, "One of the Top 10 Best of 2010."  The idea that what we do in our lives to others will effect not only our lives but our afterlives as well struck a chord with audiences around the world.

After years of work on the full length story we finally released it for the Halloween 2016 season and it is better and even more terrifying than the original. It contains new characters and more of the back story of the characters which many came to love and empathize within the short story. This is the same book which we are sending to film producers around the world to finally get it made into a full length motion picture.

Like the original short story it is based on historical research, psychic impression, actual paranormal investigation with a little urban legend thrown in to tie it all together. I know you are going to enjoy it. The book will be released in all of the regular locations including Amazon and Kindle.

If you were a fan of the original truck stop hell story you are going to love, Crazy: A Prayer for the Dead. If you never had the chance to read the original short story then you need to read the full version. Get the horror classic and go Crazy today.