Watch Steven discussing the case which inspired The Exorcist.

"The truth about this case is finally

revealed and it is terrifying."

Known as the 1949 St. Louis Exorcism, the story of possessed child Roland Doe was immortalized in the groundbreaking novel and film The Exorcist. Much has been written about the case, but the truth has been shrouded in secrecy...until now.

Join Steven A. LaChance, as he shares the shocking evidence for how a family's grief over the death of an aunt progressed into a full-blown demonic possession. While the conventional story is that Roland Doe brought the demonic infestation upon himself, LaChance convincingly suggests an alternative interpretation, and provides new insights into the nature of possession itself.

The events of 1949 culminated in grueling exorcism rites, but the story doesn't end there as LaChance guides readers through the stunning aftermath that forever changed the Catholic church and the city of St. Louis.

This is being called the definitive book on the 1949 St. Louis Exorcism. The New York Post and the UK's largest newspaper, The Sun have both done full feature articles on the book. It is now available in a new Special Edition with new information and photographs. 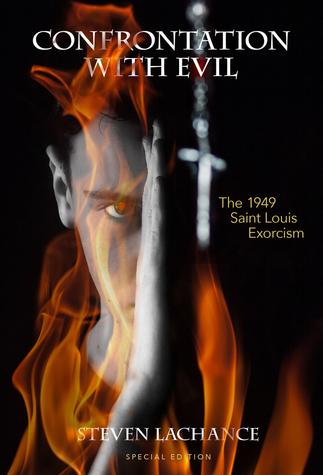 THE 1949 SAINT LOUIS EXORCISM THAT INSPIRED THE EXORCIST

"Forget what you think you know

to be true about this case. Nothing

can prepare you for the truth which

is finally revealed. It will haunt you

long after you finish reading."

Fox News
Coast to Coast AM